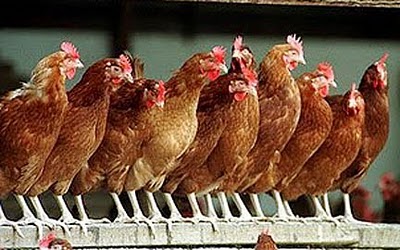 We have gone too long without a fight – so I’d like to advance the storyline before the adventure.

My belief is that the party plans to spend the night at camp with the Paiutes (trusting in their guest pledge for safety) and then head out first thing in the morning out of the hills by the shortest path.

In particular you will do no further investigating/interrogation of any of the story threads dangling right now:
– war chief’s wife with the necklace of broaches
– shadowing or carousing with James Beckworth
– looking for any scouts from your friends in Vegas Valley
You will also not be looking to resupply tomorrow morning – just leaving immediately.

Your immediate goal will be recovering the body your half-buried, and then heading to Parawon to find the family. You will attempt to minimize contact by settlers and Indians until you get to the outskirts of the town.

If that is NOT the plan, please let me know by Monday 11/28. Otherwise, that is what you want to do – and I will pick things up at the appropriate point on the trail.

After a disappointing and frustrating meeting, the party adjourns to their makeshift camp on the edge of the Paiute settlement. The moon is waxing gibbous but blocked by clouds.

Then shortly after midnight it starts to rain – a cold, sleety rain that melts when it hits the ground. Leaving everyone miserable and soaked.

By mid-morning you find a deer path which promises surer footing. Then an hour later you find it. Sam spots slide marks on the side of ditch leading to a hastily (and poorly) covered impression at the bottom. Jess finds a second set of prints nearby heading down the ravine carefully – and Jost finds the trail where the two of them left, with one of them limping.

Running the timeline, it had to happen last night after the rain started and the moon would have already been setting when the accident happens. They must have known where they were going – and the camp couldn’t be more than a mile away.

@Kevin – there are no trees to worry about just cactus, dry prairie grass and prickly bushes. But there isn’t much you can do about the rock outcroppings. Easy for a man to scramble to a lookout point or a sniper post – and no horse is going to climb up that cliff.

After almost two miles, you come out of a valley and the trail turns north across a pass between two large white stone hills. Jost heads back to the main party (#3) and looks for alternate paths. Garrett (#1) and Gilbert (#2) are now up front on the main trail.

Then Garrett sees James Beckwourth (the picture is from Beckworth’s POV). He’s sitting on a wet horse blanket with a stalk of celery in his hand. Rifle is across his lap – with a pistol by his side.

Beckwourth : Good morning out there! I was wondering if you folks was really going to head back north. Guess I won that bet. <chuckles> Well, why don’t you folk put your guns up in your saddle bags and walk up here.

Gilbert : Damn it Garrett, you were supposed to spot them first – that’s why you’re up there. How many of them do you see?

Garrett : (stage whisper) Just the one.

Garrett : (shouting) So you want me to just walk up there and get robbed and shot!?

Beckwourth : Don’t be a damned fool! If I wanted you dead, I’d be lying up on the other side of the trail taking aim – and you wouldn’t have seen me until your heart was bleeding out into your lungs.

Beckwourth : Now be smart. Put your guns away so no one does anything stupid. Then come up here and we can chat. Or turn around and go some other direction. Doesn’t matter to me which you choose.

OK – he’s clearly going to intimidate you … but how else is the injured lion tamer supposed to act when surrounded and badly outnumbered.

I need to know
a) three questions you folks would want to ask him,
b) pleasant conversation only, or threats of violence
c) anyone want to provoke violence ??

I apologize for this, but I don’t have a clear memory of where Beckwourth fits into everything. I missed the conversation with him at the indian camp and can’t remember what he was even (supposedly) doing there. Could somebody help me out? Then maybe Jess can whisper a question before the men-folk head up the hill.

Hi Dave! You don’t remember because you didn’t get a straight answer, and didn’t talk with him much.

He ran with Walkara off and on for about five years – so he knows the players, the communities and the territory better than almost anyone. The normal (non-conspiratorial) answer would be that he is looking for a warm, dry and safe place to settle down before the snow starts falling. That’s a survival trait for a professional “mountain man” who will never see his 40s again.

He is also one of the few folks who blends in with both the American/European and Indian communities – he’s worked for trapping companies, prospectors, lived with at least two different Indian tribes and worked in several different capacities for the US Army. He’s well known for his high grit, a mercenary’s negotiable virtue, and an ability to “fix things that need fixin”. That makes him particularly valuable as a scout or courier between groups that can’t or won’t talk directly.

Gilbert : How about we the lady folk stay with the horses to make sure nothing spooks them? (Gilbert says as he gets out of the saddle, making sure to give a good solid wink to Jess while his back is turned to Beckwourth,)

Gilbert : And us men folk will join you in your little camp there?

Gilbert: (Takes his pistol out of the holster, holding the butt with just with thumb and forefinger and his left hand holding reigns to Darley. Walks over to Jess and hands the pistol to her, as he does he gives Jess another wink. Then hands the reins to Nurse Jane)

Jess : (takes Gilberts pistol and shoves it in the top of her pants, winking back at Gilbert with just a bit of a sly smile)

Gilbert : Guys, if you’ll join me please. Mr. Beckwourth, if you place that rifle at arms length, I’ll even throw in a kicker for you.

Beckwourth : What would that be?

Gilbert : If that rifle stays arm lengths away … I’ll have that bum leg of yours looked at by the best doctor this side of the Mississippi.

Gilbert : (slowly walks towards Beckwourth with his hands up at shoulder height)

Garret, Jost, Samuel : (all dismount, stow their pistols, and walk slowly towards Beckwourth)