Anthony Chabot (born August 13, 1813) was a nineteenth-century businessman and entrepreneur, notable for his contribution to developing hydraulic mining and for building water systems, especially in the Bay Area, so much that he became known as the “Water King”.

Chabot was raised on a farm in La Presentation, near Saint-Hyacinthe, Quebec, Canada. He was one of sixteen children and the son of a farmer. When he was sixteen years old, he left home, eventually settling in California in 1849.

He began working in the mining industry in Nevada City, building ditches to supply the mines with water. In 1852 and 1853 he and Edward Matteson, were working at Buckeye Hill and American Hill respectively, devised the first hydraulic mining technology. It consisted of a wooden contraption held together by iron clamps that allowed miners to direct a fifty foot column of water at a gravel bank using a canvas hose, which broke up the gravel and washed it into a series of sluices where the heavy gold flakes settled out of the lighter earth. Though it revolutionized gold mining, the technique also caused severe environmental damage. The vast quantities of sediment that were released in the blasting washed downstream, burying homes and farmland.

In 1854 Chabot also established two sawmills in Sierra County. Two years later he abandoned the mining business and went to San Francisco, where he built the city’s first public water system, bringing the waters of Lobos Creek into San Francisco. 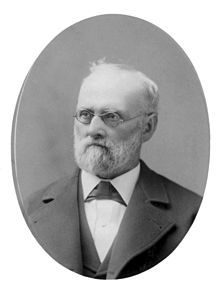