Colonel A.F. Rudler was born in Alsace in 1820, and emigrated with his family at a young age to Georgia.

As a young man still in his teens, he served in the Mexican War in the 2nd Louisiana Infantry. He claims to have been promoted up to Captain – though not all reports agree on whether this was a true promotion, an acting brevet, or if it even happened. He clearly served as an officer though – as he routinely wears his Aztec Club badge in public.

After the war, he joined many others in California looking for gold and adventure. He found none of the former, but much of the later.

In particular, he became impressed with William Walker and became an early follower and trusted confidant. He became Captain in Walker’s “Filibuster Army” as commander of the 1st Infantry. He lead a charge at the capture of La Paz in 1853, and grew increasingly important to Walker’s plans. 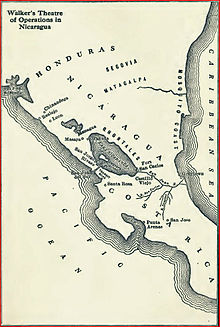 After the Sonoran campaign fell through, Walker and Rudler realized they needed better financing and backers before considering any further adventures. The most persistent rumor is that they sought funding for the Nicaraguan campaign came from either Charles Morgan or Cornelius Vanderbilt – and most agree that whatever the truth, the adventure is the source of tension between these two captains of industry.

In 1854, civil war had broken out in Nicaragua between rival political factions. The Democrats (based in Leon) sought support from Walker. They eventually negotiated a contract which gave Walker rights to bring 300 families to settle in Nicaragua with additional land rights for veterans of the civil war. Walker left San Francisco with a company of filibusters including Rudler as his second-in-command and promoted to Colonel. Also in the troupe were journalist Charles Wilkins Webber and noted English adventurer Charles Frederick Henningsen. Once in Nicaragua, they were reinforced by several hundred partisans.

From May to August, Walker tried unsuccessfully to capture Rivas – the town on the western coast that controlled the trans-isthmus travel route. Then he switched tactics – letting the Democrats continue to push on Rivas while he conducted a “feint” to control Lake Nicaragua.

On September 4, 1855 Walker & Ruder defeated the Loyalist Army at La Virgen – and the capital Grenada fell on October 13. Walker proclaimed himself “President of Nicaragua” and proceeded to double-cross or pay off the remaining leaders on both sides.

Franklin Pierce recognized the Walker government in 1856 – though he refused to (officially) accept the credentials of Walker’s ambassador Parker French. Instead, French spent the next year fundraising along the East Coast looking for white settlers and US investors.

But the adventure proved short-lived. Guatemla and Costa Rica negotiated an alliance to evict the filibusters. Walker and his officers realized they were about to be captured and fled the country. They “surrendered” to the US Navy and were transported away to New York by the fall of 1857.

After repatriation to the United States, the expedition dissolved. Rudler and Webber returned to California, and are living in the Los Angeles area – reported as guests of Jean-Louis Vignes. They are working on a definitive history of their adventures in Nicaragua and are planning a speaking tour in the spring of 1859 to coincide with their book release. 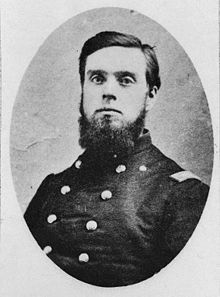