Caroline is an actress and singer – the most popular member of the Chapman Family.

Caroline and her father were in residence at the Jenny Lind Theater, next to Hotel de Paris, in September 1857. They were minor characters during the events of Chapter 1.

William Chapman, her father, raised her to become an actress and entertainer. As a child, she made her acting debut in 1829 at the American Opera House. In 1831, her father moved the family on a riverboat on the Mississippi River which became “Chapman’s Floating Palace.” As a young girl, Chapman acted primarily in soubrette roles, performing as comedienne, dancer, and singer. Chapman returned east in 1846 and played from 1848 to 1852 with Burton’s Theatre in New York, then pursued a career in California, where she performed in San Francisco and the Gold Coast for five years. Famed as an itinerant trouper, she was admired for her versatility in tragic, comic, and romantic roles. Chapman was beloved for her boisterous stage manner.

Although still hugely popular, some folks now call her “old-fashioned”.
. 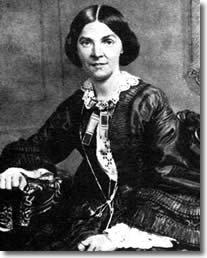