NOTE: Several PCs are investors in the CCRR and have significant advantage in leveraging influence to get him to comply with their requests.

Wilson has figured prominently in several early chapters – esp Chapter 4 where the party foils a train robbery and Chapter 6 where the players get an opportunity to make significant investments his latest investment – the CCRR which will extend railroad service to Maryville and Placer County.

Originally from Maine, C.L. Wilson enlisted in the army and served in Mexico during the war. Afterwards he followed the lure of gold to California, arriving in 1849.

He disdained the idea of standing waist-deep in freezing mountain streams, and decided to make his fortune supplying the prospectors with necessities. He started a trading steamer plying the Sacramento River- and along with Peter Lassen took the first steamer as far north as Deer Creek by 1850. In 1851/52 he built a plank-bridge connecting San Francisco’s North Beach with Mission Dolores. Then build another bridge in San Francisco at Eigth and Mission.

He other business interests included land speculation – laying out the town of Red Bluff in 1850 (with Saschel Woods) and the future “Lincoln” with Judah to cover planned expansion of the CCRR. He has also invested in several thousand acres of land with Lassen’s ranch in Tehama County.

By 1852 he was connected with several influential businessmen in San Francisco and Sacramento – including W.T. Sherman. The two of them raised $1.5 million in capital at $100/share to control traffic on the interior of California. The original plans called for 60 miles of rail from Sacramento to Marysville – with intermediate stops to connect with the dozens of wagon trains and coaches operating out from the American River. In combination with Wilson’s steamer, then envisioned managing freight covering eight counties of Northern California – and taking a large share of the estimated 239K passengers and 162K tons of produce and freight travelling each year. 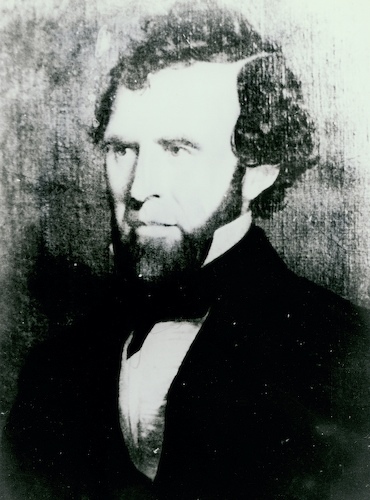