C.W. was born May 29, 1819 at Russellville Kentucky. He was the son of Augustine Webber, a well-known physician in Kentucky. His mother, who was the daughter of Gen. John Tannehill, passed on to him a fondness for outdoor life.

In 1838, Webber went to Texas, then struggling for independence; was for several years connected with the famous Texas Rangers, seeing much of wild and adventurous life on the frontier; returned to Kentucky and studied medicine; afterward entered Princeton Theological Seminary with a view to the Presbyterian ministry, but abandoned that purpose, and settled in New York as a writer for literary periodicals, especially The New World, The Democratic Review, and The Sunday Dispatch; was associate editor and joint proprietor of The Whig Review.

He also planned with the family of John James Audubon to publish a monthly magazine illustrated with copper-plate colored engravings by Audubon, but published only the first number with the project failing due to lack of subscriptions.

In addition to his contributions to periodicals, he authored of Old Hicks the Guide, or Adventures in the Comanche Country in Search of a Gold-Mine (New York, 1848); The Gold-Mines of the Gila (1849); The Hunter Naturalist, a Romance of Sporting (Philadelphia, 1851), with 40 engravings from original drawings by Mrs. Webber; Wild Scenes and Song-Birds (New York, 1854), with 20 colored illustrations from drawings by Mrs. Webber; Tales of the Southern Border (part i, 1852; complete, 1853); Spiritual Vampirism (1853); Jack Long; or The Shot in the Eye (a Gothic Western highly praised by Edgar Allan Poe); Adventures with the Texan Rifle Rangers (London, 1853); History of Mystery (Philadelphia, 1855); and other works.

California and the Filibusters

He also was engaged in an unsuccessful attempt to lead an exploring and mining expedition to the region of the Colorado and Gila rivers in 1849. Though in fairness it must be said the expedition failed not through any lack of business acumen or planning – but due raids from Comanche Indians taking or killing their horses and gear.

After failing in other adventures in the west, he was recruited by Colonel Rudler for Walker’s expedition to Nicaragua. He became the official chronicler for the expedition and recording secretary for self-styled “President” Walker.

He was wounded in action in a skirmish on the shores of Lake Nicaragua, and still walks with a cane and limp.

After repatriation to the U.S. he returned to California, and is currently living as a guest of Jean-Louis Vignes outside Los Angeles. Webber and Rudler are reportedly working on a memoir of their adventure in Nicaragua and are planning a speaking tour for spring 1859.

This last two paragraphs are counter-facutal. Webber died in Granada from wounds suffered from that otherwise meaningless skirmish. 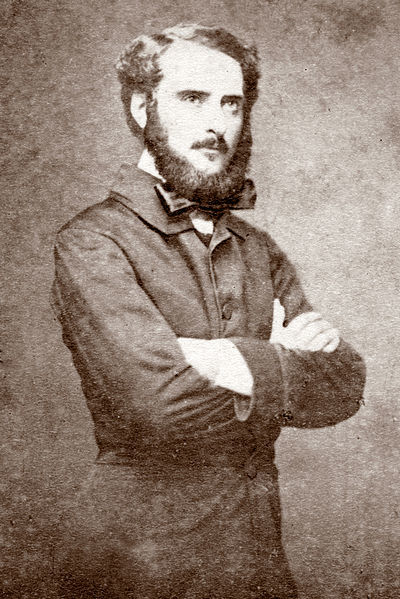