Edward Dickinson Baker (b.February 24, 1811) was born to schoolteacher Edward Baker and Lucy Dickinson Baker, poor but educated Quakers, the boy Edward Baker and his family left England and immigrated to the United States in 1816, arriving in Philadelphia, where Baker’s father established a school. Ned attended his father’s school before quitting to apprentice as a loom operator in a weaving factory. In 1825, the family left Philadelphia and traveled to New Harmony, Indiana, a utopian community on the Ohio River led by Robert Owen and sought to follow communitarian ideals.

The family left New Harmony in 1826 and moved to Belleville in Illinois Territory, a town near St. Louis. Baker and his father bought a horse and cart and started a drayage business that young Ned operated in St. Louis. Baker met Governor Ninian Edwards, who allowed Baker access to his private law library. Later he moved to Carrollton, Illinois, where he was admitted to the bar in 1830. On April 27, 1831, he married Mary Ann Foss; they would have five children together.

Baker served in Congress from March 4, 1845, until his resignation on December 24, 1846, to take effect on January 15, 1847. He resigned in a dispute over the legality of his serving in Congress and the army. The controversy arose the so-called Incompatibility Clause, which prohibits an “officer of the United States” serving in either house of Congress.

In September 1844, Baker exhibited impetuous bravado in an incident arising out of the murder of Joseph Smith, the founder of the Latter Day Saint movement, by a mob in a jail near Nauvoo, Illinois. As a colonel in the local militia, Baker was part of a group pursuing the mob leaders, who had fled across the Mississippi River into Missouri. Rather than wait for others to join him, Baker crossed the river and apprehended the fugitives.

During the Mexican-American War, Baker briefly dropped out of politics and was commissioned as a Colonel of the Fourth Regiment of the Illinois Volunteer Infantry, on July 4, 1846. In the Battle of Cerro Gordo, the regiment was assigned to General James Shields’s Illinois brigade in General David E. Twiggs’s division. When Shields was badly wounded in an artillery barrage, Baker boldly led the brigade against the entrenched artillery battery, resulting in the capture of the guns. General Winfield Scott later said, “The brigade so gallantly led by General Shields, and, after his fall, by Colonel Baker, deserves high commendation for its fine behavior and success.” Soon after Cerro Gordo, the enlistment period ended for men of the 4th Illinois and they returned to New Orleans and were discharged on May 25. After the war, he returned to Illinois and ran an unsuccessful campaign for U.S House , where he was nominated and elected as a Whig to the 31st Congress (March 4, 1849 – March 4, 1851). He was not a candidate for renomination in 1850.

California and The Present Day

In July 1850, he proposed to the Panama Railroad Company that he recruit men to help build the railroad. Baker agreed to pay their expenses from St. Louis and in Panama, and the company would send them on to San Francisco. He became ill in Panama with a tropical disease and had to return to the U.S.

After Baker did not get a Cabinet position under President Zachary Taylor, he moved to San Francisco in 1852. He operated a successful law practice, despite what some described as sloppy business practices and inattention to detail, characterizations that had plagued him earlier: as a legislator, he was said to pay little attention to mundane details. Baker met Isaac J. Wistar, sixteen years Baker’s junior and from a prominent Philadelphia family. The two formed a successful partnership at Montgomery and Jackson Streets.

In 1855, he ran for a seat in the state senate as a Whig on the Free Soil Party party ticket but lost because the Whig party had collapsed.

Baker became involved in a notorious criminal case in 1855 that threatened his legal and political future. He was criticized for defending Charles Cora, a gambler accused of killing a United States marshal. The jury failed to reach a verdict, and Cora was lynched by a vigilante mob. The experience led Baker to become active in the Law and Order Party, which opposed actions of the San Francisco Committee of Vigilance, which took the law into its own hands. Because of the committee’s criticism of his actions, Baker temporarily left the city and spent some time in the Sacramento area.

Baker rarely keeps records and relies on his prodigious memory and a bundle of papers he carries around in his hat. He disdains preparing for legal cases and espouses the philosophy that it is more effective to speak extemporaneously and passionately to a jury. Fortunately Wister has proven an effective solicitor to Baker’s barrister – and some say this is exactly why the two retain a productive partnership.

Baker has a substantial gambling interest – and is rumored to know every faro dealer in San Francisco.

Baker has picked up the name “Gray Eagle” because of his gray hair (though he is actually balding). 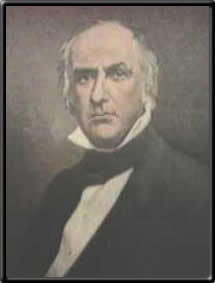