During Chapter 7 the PCs crashed a party she hosted in honor of Lola Montez. Harry Love had invited the party as a way to gain introduction to her brother, Capt Hamilton.

Her abolitionist sensibilities and military background worked well with Mrs. Wilson – but she was off-put by the more rough and tumble (and dare I say “Southern”) actions of much of the rest of the party.

Elizabeth Hamilton Halleck (b. 1832) is the 11th of 13 children of John Church & Maria Eliza Hamilton. She is a staunch New Yorker by birth – the granddaughter of Alexander Hamilton and Elizabeth Schuyler. Her brother is Schuyler Hamilton – veteran of the Mexican War and aide-de-camp to Lt Gen Winfield Scott.

Elizabeth is considered a “pretty young thing” and the perfect hostess for a successful businessman. Her friends from back east would say that “she takes after her grandmother, and likes it when men underestimate her”. 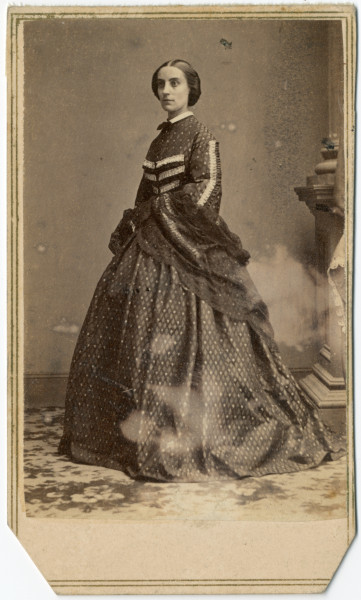