Burr’s standing falls after his plan to expand cistern service south of Market Street falls through during the 1859 mini-game.

Ephraim Willard Burr (b.1809) was a businessman who served as the ninth mayor of San Francisco, California from 1856 as a member of the People’s Party.

Burr was born on March 7, 1809 in Warren, Rhode Island. As a young man, he worked for a whaling company which sent him west. After losing his crew while docked in San Francisco—many sailors were lured away by the prospect of finding gold during the Gold Rush—Burr stayed put and opened a grocery store. His family moved to California to be with him. The venture proved so successful that he opened California’s first savings union, the San Francisco Accumulating Fund Association.

He entered politics in 1855 when he petitioned the San Francisco Common Council to curb open-stream pollution caused by local slaugherhouses. Burr stated that the pollution caused cholera to enter the streams, causing three deaths—including that of his son.

Burr was soon noticed by the Vigilante movement, who recommended him as the People’s Party candidate for mayor. He was elected mayor on November 4, 1856 and took office on November 15 of that year. Burr entered office under a new city charter that significantly weakened his powers; however, this did not stop him from cutting city spending (including spending from the formerly separate county government). Nor did this loss of authority stop Burr from reforming the office of city treasurer. (He changed the salary from a percentage of the city receipts to a fixed wage to stop graft.) 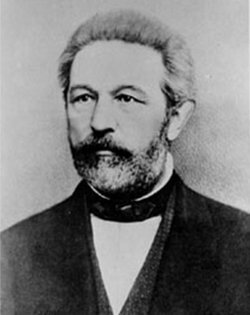