Cornish laborer that couldn’t get out of Cornwall in time (had trouble getting the necessary funds to buy passage) to get to the gold mines before they started running dry.

He isn’t particularly impressive size-wise, but he is resilient and persistent (Tough). He keeps to himself, but hasn’t backed down when someone squares up to him. Locally, he has a reputation for being much better than average when it comes to ‘finishing what someone else started’, but has a crooked nose from one situation where he didn’t come out on top.

While growing up on his family’s ranch, everyone discovered that Garret had a destructive nature, usually creating additional work for everyone to do. He has a keen eye for identifying weaknesses in structures, both natural and man-made.
Once he became bored with ranch life, he found employment working for a construction company which quickly assigned him to the demolition squads.

Garrett traveled the California Trail after arriving in New York from Cornwall. This will be his first Winter in the high Sierras and he has only been in Nevada City for about a month.

Having anticipated ‘livin the American dream’ and ‘getting rich’, Garrett overspent on material wealth and finds himself anxious for employment. Even the mining companies, which he hoped to hire on with, seem reluctant to take on new employees due to mines ‘runnin dry’; although, Garrett suspects their might be some anti-foreigner policies that may be in play.

After striking out with the mining companies, Garrett spent the time trying to establish a profession, but it only pissed off the local carpenters and other local craftsmen who seem to have a monopoly on work in the area and aren’t keen on a newcomer trying to ‘git in’ on what they consider their business.

He also hasn’t been able to determine if there is a boxing venue he could become involved with. Apparently, most ‘boxing’ takes place in the local taverns, but it is too inconsistent to bank on for regular income. 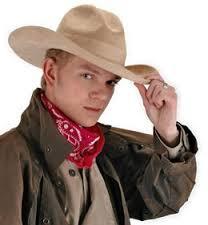