Horace H. Hazard was born Jan 1, 1832 in Manhattan, New York. His parents are Augustus George Hazard & Salome Merrill, and he is the fourth of six living children.

His father was born in Connecticut and worked in Georgia during his 20s. He moved to New York at age 25, and within 10 years controlled much of the shipping between New York and Savannah, Georgia (the main port in that state). In the late 1830s, he became interested in the chemical business and founded “Hazard Powder Company” in 1843. He moved the family back to Connecticut and now operates the largest gunpowder manufactures in the country.

Horace’s eldest sister (Elvira) is married to Alexander Bullock – a prominent member of the Massachusetts state legislature. The two of them are most famous for establishing the “New England Emigrant Aid Company” to pay for anti-slavery settlers to move to the Kansas Territory.

Horace grew up fascinated by the chemical business – and by age 17 was supervising the drying and pressing of cakes for gunpowder manufacture.

He caught gold fever in 1852, but quickly realized he would make more money manufacturing explosives for the quartz mining companies – and various acids and solvents for the refineries and smelters. He’s known to be one of the largest importers of from South America (regularly receiving shipments of Peruvian & Chilean saltpeter) and a major investor in the New Almaden quicksilver mine. 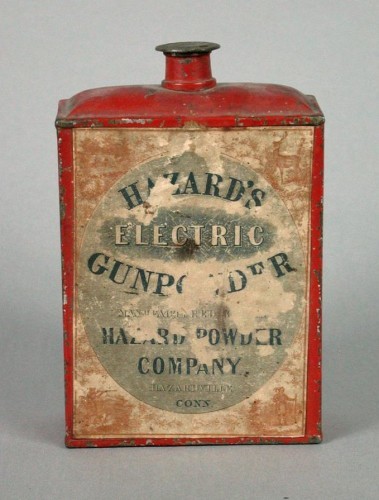