Major Carleton was base commander at Fort Tejon during Chapter 7. The party had a difficult time in first meetings and compounded the situation with difficult remarks.

He showed the barest amount of civility and cooperation that the party’s letter from Capt Hamilton required. They were provided with no extra provisions for the trip to the Utah. When word reached his command of the attack on the Rose-Baley party, Carleton immediately reprioritized the planned expedition – leaving the party outside San Bernadino with only minimal government support.

Party members debriefed with him after the events of Chapter 10 – Chickens and Curses and his opinion of the group was significantly improved. Except for Jost, who traveled separately from the party and didn’t meet Carleton again.

James Henry Carleton was born in Lubec, Maine on December 27, 1814. He was the son of John and Abigail (Phelps) Carleton; his father was a ship captain. At age 25 he was commissioned as a lieutenant in the Maine militia in 1838 and participated in the boundary dispute with Canada known as the “Aristook War.” He received appointment as a second lieutenant in the First Dragoons on October 18, 1839 and then trained at Carlisle Barracks.

In October 1840 he married Henrietta Tracy Loring of Boston. She accompanied Carleton to his duty assignment at Ford Gibson, Indian Territory, where she died in October 1841. Later in the 1840s, Carleton served as assistant commissary of subsistence at Fort Leavenworth, accompanied Major Clifton Wharton’s expedition to the Pawnee Villages in Nebraska, served as an officer on Col. Stephen Watts Kearny’s 1845 expedition to South Pass, and saw action in 1847 in the battle of Buena Vista.

In late 1856, Carleton is promoted to major and placed in command of the First Dragoons under the Dept of California – and commander of Fort Tejon. This important fort guards the primary passage between the San Joaquin Valley and Southern California, and provides security to prevent Indian incursion from the Sebastian Indian Reservation (the first, largest and primary reservation in California)

In addition to the permanent troops of the First Dragoons, Fort Tejon is also a training ground for new recruits and can house up to 700 troops if needed.

FAMILY and OTHER INTERESTS

Carelton is a remarried widower. His second wife is Sophia Garland (military brat and general’s daughter). They have several younger children. IRL NOTE: eventually five, with three surviving to adulthood

Carelton is also a military historian and academic, and is well-known in military circles for writing The Battle of Buena Vista (1848) and Diary of an Excursion to the Ruins of Abo, Quarra, and the Grand Quivira in New Mexico in 1853 (1855).

His work on BoBV was so well regarded that he received an appointment from Secretary of War Jefferson Davis to make a study of European cavalry tactics. Carleton did not make the trip abroad himself, but based his report on the observations of Capt. George B. McClellan, recently returned from Europe and the Crimean War. 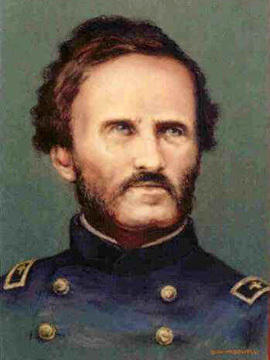