Warner appears during the rally in San Diego. where he meets and befriends Samuel Davis.

Juan Jose Warner (b. 1807–1890) is an early immigrant to California from before the war, and a dual U.S. and Mexican citizen.

He developed Warner’s Ranch in southern California. From 1849 to 1861, the ranch was important as a stop for emigrant travelers on the southern especially the Gila River trail, and is an important stop on both the the Butterfield Stage and San Diego/San Antontio mail lines. It serves as the branch in the road for travelers coming from Fort Yuma – southwest to San Diego, west to Carlsbad, and northwest to Temecula

Warner has a federal appointment as Indian commissioner for San Diego county. Although unpaid, this gives him authority to negotiate with the tribes on behalf of the federal government. He also served as state senator from 1851-52 representing San Diego county.

Warner was born in 1807 as Jonathan Trumbull Warner in Connecticut. He went west, traveling with a trading party from St. Louis in 1830, bound for Santa Fe. The following year he traveled with fur trappers to California. In 1907, Colonel J. J. Warner wrote about his California trapping days in “Reminiscences of Early California – 1831 to 1846”

In California Warner first trapped beaver for several years. From 1834–1841 he worked in a merchandising store in Los Angeles. As Mexico had controlled California since Mexican independence in 1821, Warner became a naturalized Mexican citizen and changed his name to Juan Jose Warner. About 1843 he moved to San Diego. 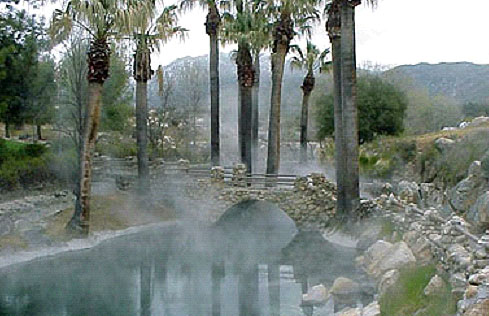 The ranch property included hot springs, which Warner developed into the major rest stop for weary immigrants who just finished the Mojave Desert crossing. The property became a hub for mail service between southern California and Fort Yuma (and thus the entire Mexican Territory).

Warner’s ranch was historic territory of the Cupeño Indians, who had inhabited the area for centuries before Spanish missionaries entered the area. Their land taken over, many of the Cupeños worked for Warner on the ranch and constructed a village nearby.

After California became part of the United States, taxes were imposed on the Cupeño, one of a series of issues that led in 1851 to the Garra Uprising. (part of the “Yuma War”) In the revolt, several of the Warner ranch buildings were burned down. Warner moved his family to Los Angeles, but continued to own and manage the ranch. 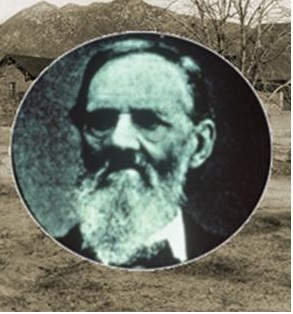