Rancher and healer in San Francisco and Santa Clara

Briones was born in 1802 at Villa Branciforte near the Santa Cruz Mission. She was considered a mulato, i.e. of mixed Spanish and African descent. Some of her family members had arrived in Alta California with the Gaspar de Portolà and the Juan Bautista de Anza expeditions. Her father was Marcos Briones, a soldier posted near Monterey, who later moved to the San Francisco Presidio.

In 1820 Juana married a soldier, Apolinario Miranda, and she bore seven children between 1821 and 1841 and adopted an orphaned Indian girl. In 1836 they couple established a farm near the Presidio of San Francisco and bought land and built a house at Yerba Buena. [NOTE: today, this area is part of the North Beach neighborhood of San Francisco]

A natural entrepreneur, Briones marketed her milk and produce to the sailors from whaling ships or those who arrived in port for the hide and tallow trade. Briones excelled not only in business and farming: her reputation for hospitality and skills in herbal medicine and midwifery were widely recognized. She trained her nephew, Pablo Briones—who was later known as the Doctor of Bolinas (California)—in medicinal arts, although she never received a formal education and could not read or write.

In 1844 Juana, who already had more than one home, gained a clerical separation from her physically abusive alcoholic husband and dropped his surname. That same year, she bought from two Native Californians the 4,400-acre (18 km2) Rancho La Purísima Concepción in Santa Clara County. [NOTE: this former ranch is now part of present-day Palo Alto and Los Altos Hills.]

She has been involved in extensive and protracted challenges to her land titles in both San Francisco and Santa Clara Counties. The problems started with the title applications after the Mexican-American War and have continued off and on throughout the 1850s. So far, she has always emerged victorious with the help of attorney Henry Wager Halleck.

She has sold part of the rancho to members of the Murphy family, who came to California with the Stephens-Townsend-Murphy Party. Other sections she gave to some of her children. 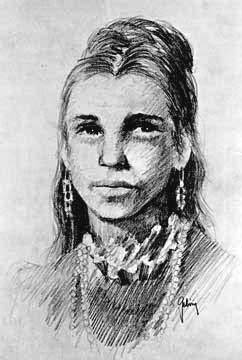