Jost took the infamous “Hastings Cutoff” during his return from Utah – it is as difficult and desolate as people say, and not a route anyone would want to take. Much better to avoid the salt flats and the traverse of the Wasatch Mountains.

Born to Dr. Waitstill and Lucinda (Wood) Hastings in Mount Vernon, Ohio, he was a descendant of Thomas Hastings who came from East Anglia in England to the Massachusetts Bay Colony in 1634. Hastings was trained as a lawyer. In 1842, he traveled overland to Oregon. While there, he briefly represented Dr. John McLoughlin, preparing his land claim near Willamette Falls and surveying Oregon City, Oregon (which would become the first incorporated city west of the Rocky Mountains). He left in the spring of 1843 for Alta California, a sparsely populated province of Mexico. By the time he returned to the United States in 1844, he had decided to help to wrest California from Mexico and establish an independent Republic of California.

California and the West

Hastings wrote The Emigrants’ Guide to Oregon and California to induce Americans to move to California, hoping they could effect a bloodless revolution by sheer numbers. He described California in glowing terms and gave practical advice to overland travelers.

After serving as a captain in the California Battalion during the Mexican War, Hastings again took up the practice of law. He married Charlotte Toler in 1848 and was a delegate to the 1849 California Constitutional Convention.

The most direct path would be leave the Oregon route, about two hundred miles east of Fort Hall; thence bearing west-south west, to the Salt Lake; and thence continuing down to the bay of San Francisco. – The Emigrant’s Guide to California and Oregon

Hastings led a small party overland late in 1845 and spent the winter in California. Significantly, his stay at Sutter’s Fort coincided with a visit by John C. Frémont, who had just explored the Great Salt Lake Desert and whose letter describing a new route to California would be widely published in Eastern newspapers. In April, Hastings set out with a few companions to meet the emigration of 1846. He stayed in the vicinity of the Sweetwater River while an eastbound traveler carried his open letter inviting emigrants on the California Trail to meet him at Fort Bridger. Between 60 and 75 wagons did so and traveled with Hastings on his cutoff. They endured a difficult descent down Weber Canyon, a waterless drive of 80 miles across the Great Salt Lake Desert, and a lengthy detour around the Ruby Mountains. Despite the usual trials of overland travel, they arrived safely in California.

The Donner Party, following in the wake of this initial party in 1846, had an unsuccessful experience with the Hastings Cutoff. They had arrived about a week late to travel with Hastings’ party, and on his suggestion pioneered an alternate route to avoid Weber Canyon. The roadbuilding required through the Wasatch Mountains and the grueling Great Salt Lake Desert delayed them. When they had arrived at the California Trail, they were delayed about a month. The party arrived at Donner Pass just as an early winter storm rendered it impassable. After becoming snowbound in the Sierra Nevada, many died of starvation, and some of the emigrants resorted to eating their animals and the deceased members of the group.

In July 1847, Mormon leader Brigham Young led a vanguard company of emigrants from Winter Quarters, in what is now Omaha, to the future site of Salt Lake City. The company chose to use the Hastings Cutoff passing through modern-day Emigration Canyon. Young’s group made remarkable improvements to some parts of the cutoff on their journey so subsequent Mormon companies could more easily make it through to the Salt Lake valley. William Clayton, the company’s scribe, stated in his journals that the company tried to follow the route left by the Donner Party the previous year, yet only occasionally could identify the tracks. A few years later, Mormon emigration companies abandoned the majority of the cutoff route for a new section which today is Parley’s Canyon, passing near Park City.

The California gold rush created an enormous increase in westward traffic and several parties of 1849 and 1850 used the Hastings Cutoff. The year 1850 saw the development of a new route called the Salt Lake Cutoff that avoided the Great Salt Lake Desert west of the lake. Subsequently, the Hastings Cutoff was abandoned, except for portions east of Salt Lake City, where it remained as the end of the Mormon Trail. 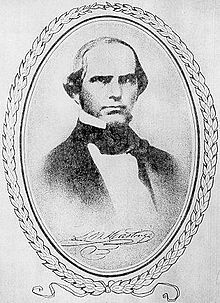