Colonel of the Nauvoo Legion

Nathaniel Jones was born October 13, 1822 at Brighton, Rochester, Monroe, New York, and is the son of Samuel Jones and Lucinda Kingsley. When he reached the age of seventeen years, he felt unaccountably drawn towards the western country, and although young and inexperienced, he made his way to Potosi, Wisconsin. He there became acquainted with Albert Carrington, in whose family he resided for many months. About this time a branch of the Church of Jesus Christ of Latter-day Saints was organized, and he became a ;member. He was baptized by Elder William O. Clark, and on April 6, 1842, was ordained a teacher under the hand of Zera, H. Gurly and Albert Carrington.

Nathaniel has several children of his own (most by Rebecca) as well as two adopted daughters (Eliza Frances Brown Jones and Mary Emily Brown Jones) by his 4th wife’s first marriage to James Andrew Brown.

He is most well known for a history of his travels during the Mexican Ware. The document (which is widely circulated) is copied from his diary and notes on his travels with the Mormon Battalion in 1846-47.

Jones enlisted in the battalion at Council Bluffs, Iowa, and was a sergeant of Company D. The battalion marched to Upper California by way of Santa Fe under the command of Col. Phillip St. George Cooke. The company left Fort Leavenworth on September 17 and reached Santa Fe in October. Jones gives a brief description of the Spanish settlement, which they left on October 19.

Daily diary entries commence on November 13. On February l, 1847, the battalion arrived at the San Diego Mission, having “opened a road through impassable mountains, trackless deserts, without wood, water, or grass, and almost without provisions.” Jones describes the area and the San Diego Mission, and notes that the same day of their arrival the party marched north. On February 2, they were at present Mule Hill, and Jones describes what is now known as the battle of San Pasqual (December 6, 1846). Continuing the march, Jones describes the camps at Mission San Luis Rey and at the Pueblo de Los Angeles. On April 28, he notes that 28 men were ordered to work on the “fort on the hill.” On May 8, Jones was ordered, as one of twenty men, to “take some Indians in the mountains.”

On May 10 an order was issued to detail three men from each battalion company to serve as an escort for General Kearney as he traveled to Fort Leavenworth. Jones was detailed, and on May 13 left Los Angeles. On May 27, the detachment met General Kearney at Monterey. They “fit out” in preparation for the trip east. Jones describes the marches, the countryside, the camps, the river crossings, the Indian inhabitants, and the animal life.

At Fort Sutter, the company met up with Colonel Fremont, whom Kearney had under arrest and was escorting back to Ft. Leavenworth. Here, they learned also that Sam Brannan had gone east to meet Brigham Young’s party to pilot them into the Salt Lake Valley. On June 22, Jones describes General Kearney detailing five men to bury the cannibalized remains of the Donner party that they had come upon at a cabin in the Sierras. After they buried the bones of the dead, the men set fire to the cabin.

The detachment then traveled down the Truckee River. By June 30, they were traveling up the Mary’s River, and the journalist “had not seen one tree in 150 miles.” On July 9, Jones notes, “we are now in Oregon.” By July 15, they reached Fort Hall, passing Oregon emigrants along the way. They went on to the Bear River, to the Green River, to the Big Sandy, to the Sweetwater, to the Platte, and to Fort Laramie. From there Jones had permission to meet up with a company of Mormons, and obtained news of his family and friends from that group on August 4. On Sunday, August 8, they camped on the South Platte River. Buffalo was plentiful. By Friday August 20, they were crossing the prairie. On August 23, they reached Fort Leavenworth, turned over their “public property,” and received pay of “only $8.60” for their “extra service.” Tuesday, they “got some clothes . . . and started at noon. Came to St. Joe . . . Camped with Brother Colton at Savannah.”

Life in the West

in 1852, he was selected to lead a mission to India – his group traveled southwest through Iron County, across the desert and on to San Bernadino. From there they made their way to San Francisco and took ship to Calcutta arriving April 1853. He served as president for over a year, and returned to SLC via SanFran in October 1855.

In 1856 he was selected to lead an expedition to Las Vegas to explore the possibility of mining lead and tin. The expedition failed to prosper – in part because of lack of access to water and ongoing disagreements with the settlers in the nearby Las Vegas Valley under William Bringhurst. The mission lasted a little over a year before being declared a failure.

During the Utah War, he served as Colonel in the Nauvoo Legion in and around Salt Lake City – never seeing any significant action.

With the end of hostilities, he is now serving as a mid-level politician (“Selectman” effectively a city councilman) for Salt Lake City. 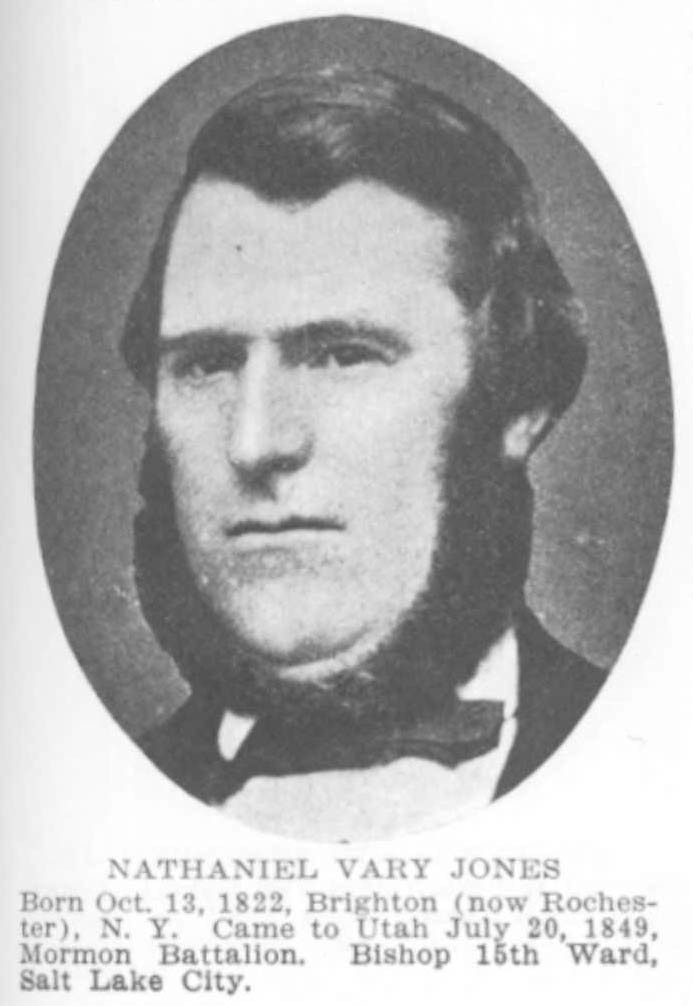