Commissioner to the Indians & land developer

Oliver M. Wozencraft (b. July 26, 1814) is a prominent gold-rush settler in California. He had substantial involvement in negotiating treaties between California Native American Indian tribes and the United States of America. He is now an aspiring land developer in southern California.

Wozencraft was born in Clermont County, Ohio, June 26, 1814. He graduated with a degree in medicine from St Joseph’s College in Bardstown, Kentucky. He moved to New Orleans then Brownsville. Upon hearing news of gold being discovered, Wozencraft decided to seek his fortune in California. He arrived in Yuma, Arizona in May 1849, and crossed the Colorado Desert in difficult circumstances, arriving in California later that year.

Wozencraft settled in Stockton, California and was elected as delegate to the California Constitutional Convention in Monterey in 1849 representing the district of San Joaquin. 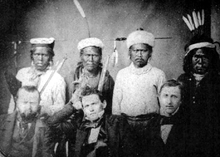 On July 8, 1850, President Millard Fillmore appointed Wozencraft as an Indian Agent of the United States. In October 1850 his title as Indian Agent was suspended and he, Redick McKee and George W. Barbour were appointed “commissioners ‘to hold treaties with various Indian tribes in the State of California,’ as provided in the act of Congress approved September 30, 1850.” In that role Wozencraft was paid eight dollars per day plus ten cents per mile travelled.

Between March 19, 1851 and January 7, 1852 Wozencraft, McKee and Barbour traversed California and negotiated 18 treaties with Native American tribes. The treaties were submitted to the United States Senate on June 1, 1852. They were considered and rejected for ratification by the Senate in closed session. The treaties were then sealed from public record.

Fillmore removed Wozencraft’s standing as an Indian Agent on August 28, 1852.

After being removed from office, Wozencraft relocated to southern California in the San Bernardino Valley.

He now primarily advocates with state and federal governments to obtain funding of the project – hoping to become a major developer in this unsettled land. 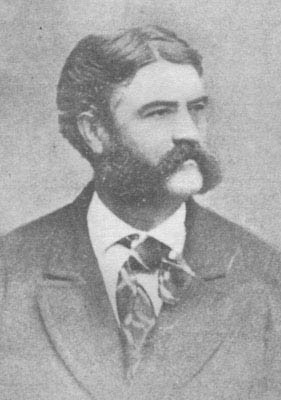