Samuel Brannan (b.March 2, 1819) was an American settler, businessman, journalist, and prominent Mormon who founded the California Star newspaper in San Francisco, California. He is considered the first publicist of the California Gold Rush and was its first millionaire.

Brannan was born in Saco, Maine, about a year before its independence from Massachusetts. When he was 14 years old, he moved with his sister to Kirtland, Ohio, where Brannan learned the printer’s trade. There, he joined the Church of Jesus Christ of Latter Day Saints. Brannan moved to New York City, New York, in 1844, and began printing The Prophet (later The New-York Messenger), an LDS newspaper.

After the murder of church leader Joseph Smith, in June 1844, the Latter Day Saints decided to relocate their center from Nauvoo, Illinois. Several possible destinations were discussed, including the Mexican territory of Alta California. In February 1846, Brannan and 245 other Latter Day Saints from New York set sail aboard the ship Brooklyn for upper California via Cape Horn. Brannan had an antiquated printing press and a complete flour mill on board. After a stop in Honolulu, Hawaii, they landed, on July 31, 1846, at the Mexican port town of Yerba Buena, present-day San Francisco, tripling the population of the pueblo. Brannan was appointed as the first mission president of the California LDS Mission.

In June 1847, Brannan traveled overland to Green River, Wyoming, to meet with Brigham Young, the head of the LDS Church, who was leading the first contingent of Mormon pioneers across the plains to the Great Basin region. Brannan urged Young to bring the Mormon pioneers to California but Young rejected the proposal in favor of settling in what is today Utah, and Brannan returned to northern California.

When gold was discovered, Brannan owned the only store between San Francisco and the gold fields — a fact he capitalized on by buying up all the picks, shovels and pans he could find, and then running up and down the streets of San Francisco, shouting “Gold! Gold on the American River!” He paid 20 cents each for the pans, then sold them for $15 apiece. In nine weeks, he made $36,000. Brannan opened more stores to sell goods to the miners (his Sutter Fort store sold US$150,000 a month in 1849) and began buying land in San Francisco.

In 1850 the goldminers started a protest claiming the land. The bloodiest day of the Californian gold rush was when 8 people were injured, and those killed were 3 of Samuel Brannan’s men and 5 gold miners. The leader of the Squatters’ Riot, Doctor Charles L. Robinson, was shot by Brannan and put in jail with the bullet still in his body. The remaining goldmining squatters were scattered into the forests in the mountains.

Brannan was elected to the first town council of San Francisco in the new U.S. territory. After a series of sensational crimes in the area, he helped organize the San Francisco Committee of Vigilance, which functioned as a de facto police force. A squatter (the spokesman of the goldminers) was murdered by the vigilante group and, although Brannan may not have pulled the trigger, he was considered the instigator and was subsequently disfellowshipped from the LDS Church for the vigilante violence.

During the balmy, gold-rush days of California, Brannan became “California’s first millionaire.” With two other capabilities, he purchased Sutter’s vast holdings and erected numerous fine buildings in San Francisco and Sacramento. He established a lucrative ship trade with China, Hawaii, and the east coast. His land holdings extended to southern California and to Hawaii where, in 1851, he visited and purchased large amounts of land in Honolulu. In 1853, he was elected as a Senator to the California State Senate in the new state’s capital of Sacramento. He is involved in developing trade with China and financial agreements with Mexico, and developing banks, railroads and telegraph companies in California. 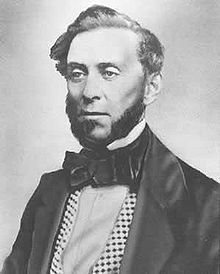