Samuel W. Holladay was born in New York in April 1823. He arrived in Auburn in June 1849 when it was still called “Wood’s Dry Diggings”. He is known for naming the town of Auburn, and was elected the first alcade by his fellow miners.

His most famous event as alcalde was serving as judge for the “North Fork Trial” in 1850, where two miners (one black, one white) were found guilty of stealing from their fellow miners. They were sentenced to 75 lashes each and banned from the mines. The trial gained notoriety when a local journalist sold the story back east to the New York Journal of Commerce.

Following his service as alcalde, he moved to San Francisco with his family. He has since served in various city and county offices, campaigning for the elimination of corruption and the civic reform. He was a prominent member of the Know-Nothings in the 1856 campaign before their dissolution – and is currently a leader of the Vigilance Committee movement. He practices law with his partner J.C. Cary.

He recently won election to the state assembly on the Republican ticket, representing the tawny Pacific Heights district of San Francisco.

He is married to Georgiana Catherine Ord. They have three children (one boy, two girls). 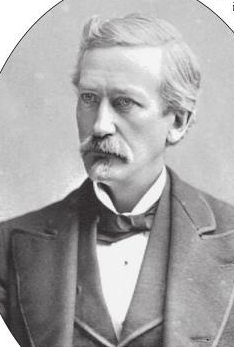