Theodore Judah was born in 1826 in Bridgeport, Connecticut, the son of an Episcopal clergyman. After his family moved to Troy, New York, Judah studied engineering at Rensselaer Polytechnic Institute. Judah married Anna Pierce on May 10, 1847 in Greenfield,MA.

After working on a number of railroads in the Northeast, Judah was hired as the Chief Engineer for the Sacramento Valley Railroad. He is responsible for surveying the route from Sacramento to Folsom, and developed the plans to extend the route north to Maryville and west to Alameda (with ferry service to San Francisco).

In 1858, Judah is now working on a new project with his business partner Charles Wilson. They founded the “Central California Railroad” to extend service from the SVRRR terminal at Folsom up to a rail station in Placer County. Rumor has it that this railroad won’t be going to Maryville as the SVR originally intended, and there is speculation brewing in Yuba and westward along the flats of the Feather River about their surveying trips.

Judah is known as “Crazy Judah” for his idea to build a railroad through and over the Sierra Nevada, a project which every sane person considers impossible. 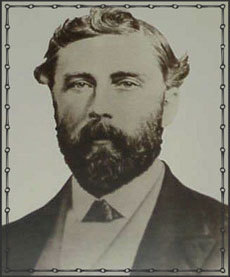