William Wolfskill (b.Mar 20, 1798) was a pioneer, cowboy, agronomist in Los Angeles, California beginning in the 1830s.

He was born in the town of Boonesborough (in what later became Kentucky) the son of Joseph & Sarah Reid Wolfskill – the eldest of eight surviving children, German immigrants who had settled in one of the first European settlements in the Appalachians. The family moved to Missouri in 1809 at the invitation of Daniel Boone and settled in the fort with Capt Sarshel Cooper in Howard County.

William had earned money for land in a decade as a fur trapper near Santa Fe, New Mexico, where he had become a Mexican citizen. This allowed him to own land in California.

Wolfskill was highly influential in the development of California’s agricultural industry, establishing an expanded viticulture and becoming the largest wine producer in the region. One of the wealthiest men prior to the changes brought by the discovery of Gold. He expanded his holdings, running sheep and cultivating oranges, lemons and other crops. He is credited with establishing the state’s citrus industry and developing the Valencia orange. It became the most popular juice orange in the United States and was the origin of the name of Valencia, California.

With his brother John Reid Wolfskill, in 1842 William bought a large parcel in the Sacramento Valley; they called this Rancho Rio de los Putos, later known as the Wolfskill Ranch. The brothers later divided this land, near what is now Winters, California, where John Wolfskill established orchards and vineyards. Three other Wolfskill brothers migrated to California, working first with John in the north.

He was, by far, the greatest producer of table grapes in California during the Mexican era – and by 1858 will be producing up to 50,000 gallons of wine per year. He has been ranked by historians as one of the three most important men in the history of California viticulture. Wolfskill’s neighbor, friend and business rival in the tiny pueblo of Los Angeles, was the French immigrant Jean-Louis Vignes

Wolfskill is also credited with developing and building the first schooner in California.

John Bidwell, another early American pioneer in California, notes Wolfskill in his memoir as among European Americans he knew in early Mexican Los Angeles:

John Reid Wolfskill was born 1804 in Madison Co, Kentucky. He followed his older brother to New Mexico and then California. He originally worked at his brothers orchards “for a pittance” but headed north in 1841 to found a rancho of his own – Rancho de Los Putas (Putah Creek) .

Mathias arrived in 1850 from across the plains. He went to work for J.R. on their ranch in Yolo. They have two sons – John W and Joseph Cooper.

Sarchel came west in 1852 via Panama with his wife Margaret and their son. The final brother to come west (Milton) arrived by 1855 – though his is known to courting a Texas woman (Anna Sweany) who would like to move back to Round Top. Both live in southern California near their brother William. 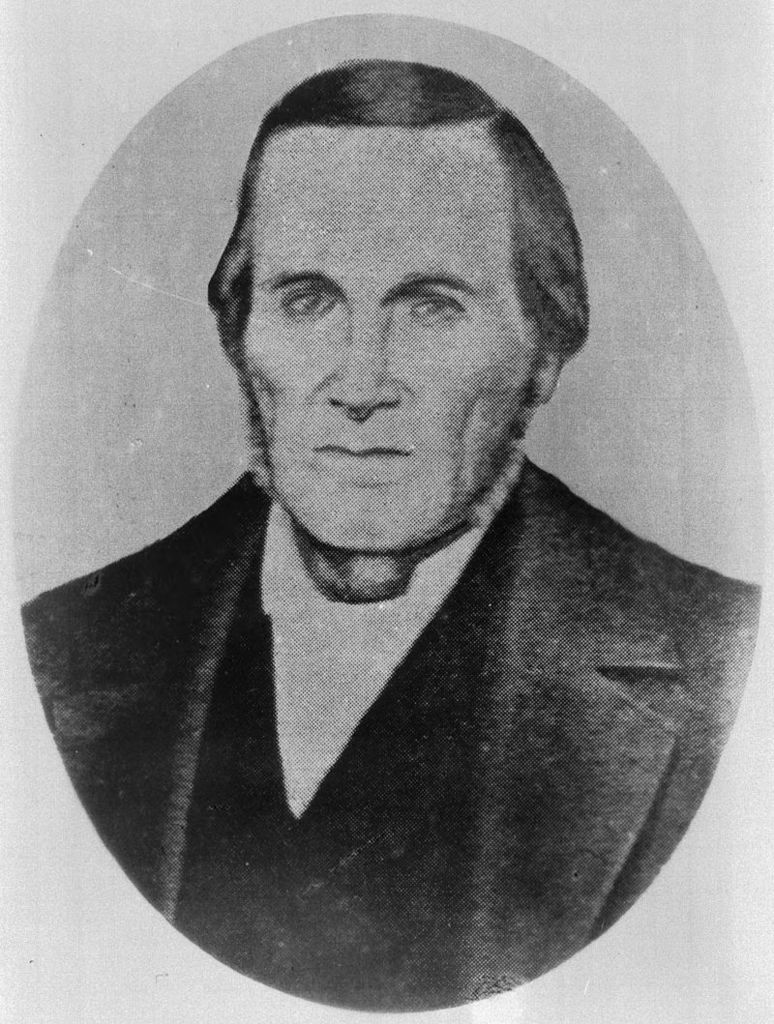