PCs had the opportunity to purchase stock in the California Central Railroad as a reward/RP items from Chapter 4.

NOTE: My notes are very confusing re: Nurse Jane. Some say she owns 5 shares, others nothing.

CCRR is a private consortium, not a public company. To prevent “manipulation” the holder agrees that all sale and purchase must be approved by the board, and ownership is otherwise non-transferable except in the case of inheritance or infirmary. These restrictions will be lifted after ten years of operation (1868).

Series A shares in the CCRR are available only upon subscription at the initial offer. They provide guaranteed dividend for five years (1859 through 1863) after which they convert into common stock.

Lots were available for purchase in the following amounts.

For purposes of the Wealth System Par value for a share of CCRR stock upon release is $100 (DC21).

On/after Jan 1st of each year, the board will determine whether to award dividends for each class of stock. The character can receive their dividend from the CCRR office in Folsom, Sacramento or the railroad lawyer’s office in San Francisco. Typical dividend is expected to be equivalent to DC7 ($2) per share.

You can take the reward in two ways.

If the character’s dividend amount is DC20 or higher, they may take the DC19 award (two Double Eagles) plus an additional dividend at a 5 lower DC. This can be recursive if their investment is large enough (DC25+).

Ex #1) Sam re-invested heavily and has twenty shares (total bonus of 10). CCRR has an amazing year and awards a dividend of DC10/share – for a total dividend of DC20. His award choices are : 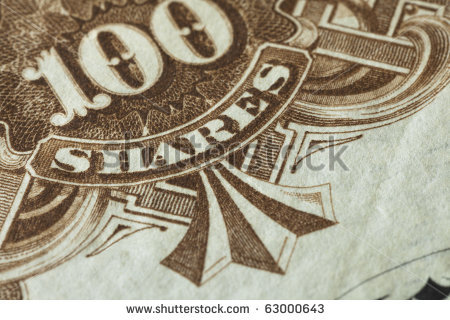