A Zouave jacket is a short open fronted jacket with long sleeves, similar to that historically worn by Zouaves.

It was a popular women’s fashion in the 19th century in the United States. Colorful, braid-trimmed Zouave jackets became fashionable in the late 1850s and remained so well into the 1860s. Although generally out of fashion after the 1860s, it became locally popular again in some parts of the country towards the end of the 19th century.

This is military-inspired clothing based on the uniform of the elite light infantry regiments of the French Army of Africa (called “Zouaves”). These regiments have served with distinction in the conquest of Algeria and the Crimean War. The full military uniform also includes baggy trousers, sashes and oriental head gear. For women’s fashion these items are omitted, and only the jacket is used. 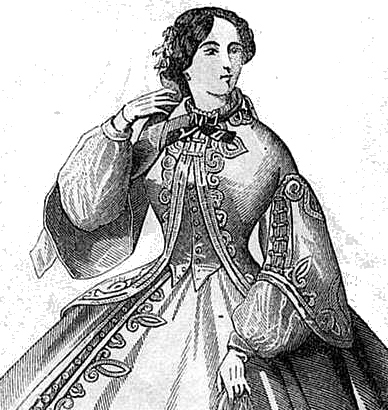