The California Central Railroad (CCRR) was incorporated in 1857 to “provide rail service between the counties of Sacramento, Placer and Nevada”. As a practical matter this means a railroad that runs from Folsom north to Auburn – with the eventual goal of serving Grass Valley and Nevada City.

Most of the party are investors in this railroad – due to rewards from the failed attack on the SVRR.

The 1859 mini-game determined that the CCRR was unable to obtain funding necessary to complete the planned connection from Folsom to Auburn. 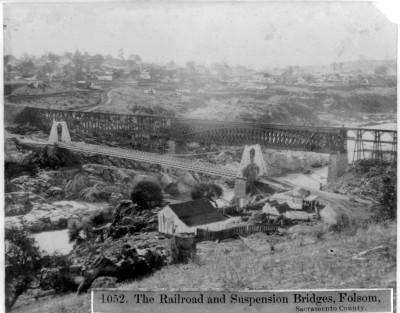 The railroad was chartered to to build railway north-northeast starting from the Folsom Station of the Sacramento Valley Railroad (SVRR). The first major achievement would be a bridge across the American River to the Ashland Junction just one mile north. From there it follows the contours of Miner’s Ravine and Secret Ravine 13 miles to Granite Bay. Then it would run parallel to the North Fork of the American River for 14 miles into Auburn.

In 1859, the railroad’s undercapitalization causes it to suspend new track laying just north of Granite Bay. The crews switch to building an improved road along the right of way. The railhead becomes the site of a new town named Lincoln and the toll road is primarily used by a new “Auburn County Stage Line” – both of which are owned by Charles Lincoln Wilson.

The bridge across the American River was completed in September 1858 and daily passenger, mail and fast freight service is now available from Sacramento all the way to Ashland Station. Service is extended to Granite Bay & Lincoln in the fall of 1859.

The railroad has improved roadways along its right of way from Lincoln.

The CCRR owns neither engines nor freight cars – instead it has entered into a service and right-of-way agreement with the SVRR to extend service over the CCRR’s tracks and stations. This is a convenience for passengers (who do not have to switch coaches) but a concern for some investors. Wilson maintains tight control and is a major investor in both – which has raised questions about conflict of interest and risks of corruption and impropriety.

The CCRR is owned by a consortium of California businessmen with limited investment from “back East”. Charles Lincoln Wilson serves as president with C.K. Garrison as Vice President/Treasurer and Isaac J. Wistar as Secretary/Counsel. Other famous investors include Charles Albion Tuttle and Peter Donahue.

The company raised $390,00 in capital, including $20,000 in secured debt provided by the City of Auburn itself. Several PCs also own shares in the company, with the Warfield family as one of the largest non-California investors (owning over 1% of the company).

Despite the success in their first round – the railroad is under capitalized and will likely run out of funds shortly after completing the tracks to Granite Bay.

These costs are just to acquire right of way and build the track. Operating a railroad is also expensive – salaries, advertising expense, track maintenance and repair, and the operational costs of the yards and stations. Those will be about $75,000/year – i.e. equivalent to the amount the SVRR spends to operate the Sacramento/Folsom route. 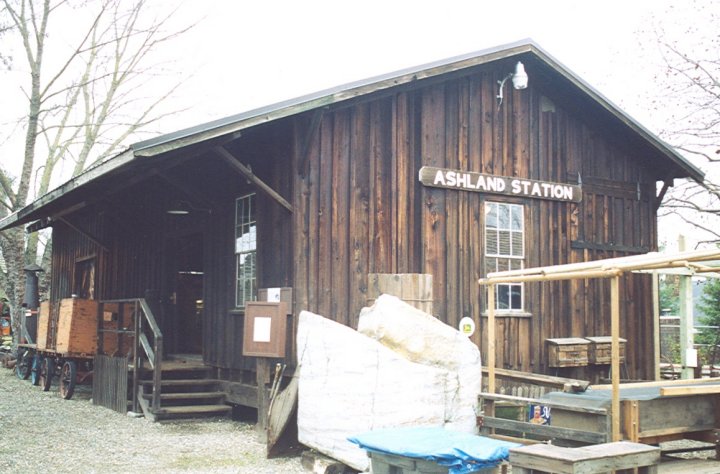 What actually happened – or “The butterfly’s wings”

RESOLUTE assumes that Wilson knew the Maryville trade was well serviced by paddleboat – so the real opportunity was connecting to the gold country inland from the navigable waters. Thus the ideal plan would be the SPNRR route connecting Folsom to Auburn and then to Nevada City.

When the SVRR robbery is foiled, Wilson has the opening he needs to get funding from Auburn’s elite, and breaks ground for the railroad he and Judah really wanted to build.

The IRL “California Central Railroad” had a similar beginning but a completely different development.

After Charles Lincoln Wilson was outsted from the SVRR he looked for funding for a new railroad venture, and incorporated the CCRR with the intent to “built railway from Folsom to Marysville”. He obtained enough funding and right of way to begin laying track in 1860 – and by October 1861 had run 20 miles of track halfway up to a the new epynomous town of Lincoln.

Insufficient funding was available to continue the line – and so service was unable to be extended the remaining way to Marysville. The railroad was foreclosed in 1868, and the California and Oregon Railroad assumed the assets and continued to operate the lines.

The CCRR described in this effort was actually built as the Sacramento, Placer & Nevada RR. It was organized in 1859 to connect Nevada City & Auburn to the railroads in service at Folsom. Service was initiated on an eight mile track north out of Folsom in July 1862 and extended another five miles by October. The track never made it any further due to lack of funding – and was abandoned in late 1864 due to competition from the Central Pacific.

In this image, the actual constructed track of the SPNRR represents the route of Resolute’s “CCRR”. Maybe someone else will charter the “Folsom & Marysville” line on the blue track.