NOTE: This page is not intended to be historically accurate or complete. The actual native tribes of the time were even more fractured and disjointed then described. 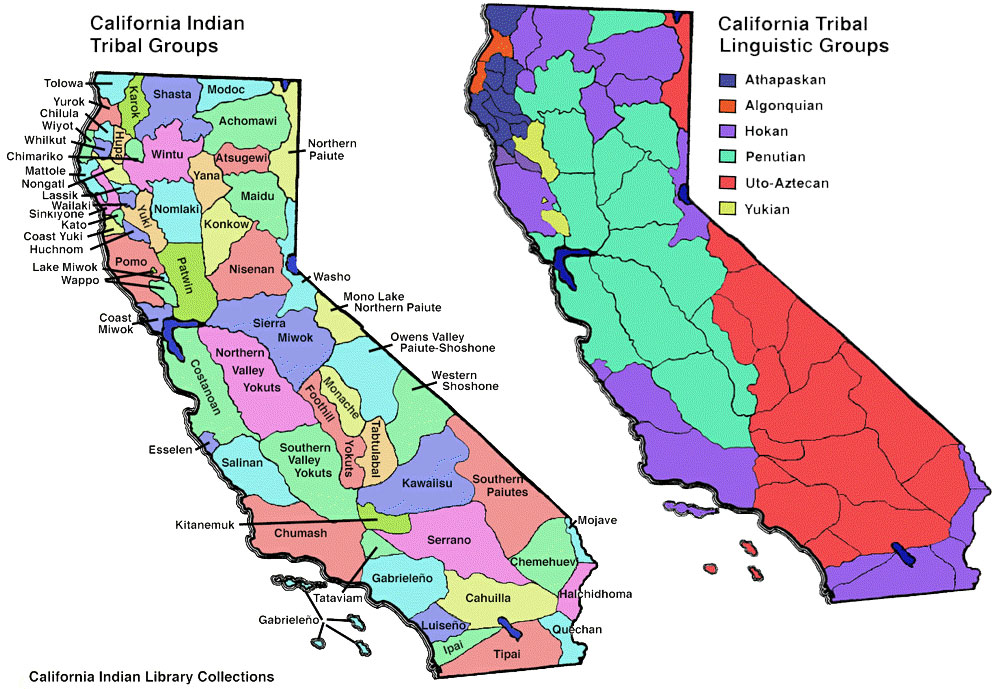 California tribes were historically hunters and gatherers. Farming was rare and consists of subsistence agriculture, mostly root vegetables. Many tribes practiced a sophisticated system of forestry gardening to ensure the availability of food and medicine plants. For many groups the principal dietary staple was acorns – which can be gathered from tended groves of oak trees, ground into a flour-like paste, and easily stored for times of shortage.

Fewer than half a million natives lived in California in the early 1800s. Since then the number has dropped by at least half. It is likely that fewer than 100,000 Indians live in all of California – most in and around Spanish land grants in the southern areas from San Diego to Monterrey. Northern California, Central Valley and Sierra Nevada together probably have a native population less than 20,000.

Violence and alcoholism are “flashy” causes for the decline in population, but they are not the real culprits.

Disease and starvation are the real killers. There have been several major epidemics throughout the 19th century, all of which hit the Indians much harder than those of “Old World” descent. Malaria, smallpox, measles and influenza were all unknown pre-contact.

The other major problem is that traditional techniques rely on an abundant food supply and semi-nomadic lifestyle. Without modern agriculture they cannot support their population on what (from the European viewpoint) is more than enough rich farmland to support their little villages.

The Sad State of Indian Rights

On their second day in office as California’s first Senators, John Fremont and William M. Gwin introduced bills to extinguish all aboriginal title in California. In September 1850, Congress passed an amended version of Fremont’s bill appropriating $25,000 and authorizing the President to appoint three commissioners to negotiate treaties with the tribes of California. Oliver Wozencraft lead the negotiations – eventually signing eighteen treaties representing over one-third of all tribes in California.

The state legislature strongly opposed the Indian reservation policy pursued by the treaty and lobbied the federal government to instead remove the Indians from the state entirely. The politically savvy will remember that Fremont and Gwin were key swing votes between the Whigs and Democrats, so it should be no surprise that the treaties were rejected by the U.S. Senate in closed session and the record of proceedings sealed.

Meanwhile, federal agents persuaded nearly all of the Indians to remove to their would-be reservations while the treaties were pending. This relocation has resulted in population decline from disease, starvation and violence.

In 1851 the Land Claim Act was signed requiring “each and every person claiming lands in California by virtue of any right or title derived by the Mexican government” to file their claim within two years. Two years later, Congress passed an act to survey those lands that had passed into the public domain under the first statute, but exempted “land in the occupation or possession of any Indian tribe.” That act also authorized the President to create five military reservations in California for Indian purposes. 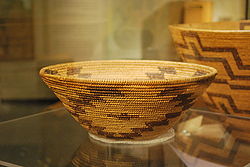 The Miwok lived from Marin & Sonoma on the coast, east through the Sacramento River valley to the foothills of the Sierra Nevada and south to Yosemite Valley.

Pre-contact the eastern groups (called the “Plains Miwok” and “Sierra Miwok”) were the most numerous tribes in all of California. In the early 1800s most moved to be near Mission San Jose (now Fremont) and the other Spanish settlements of Alta California. In 1833, a malaria epidemic devastated the native peoples. When the missions closed, secular settlers (especially John Sutter) played the groups off against each other to gain control of the Sacramento Valley.

The Miadu live in the northern Sierra Nevada (the gold mining areas of Nevada & Shasta counties). Their society is destroyed by the gold industry, and they live in isolated extended family units and small communities.

The Maidu and Miwok practice shamanism, with Trickster Coyote featuring prominently in their mythology.

They are beautiful basket weavers – but have few other crafts or industries of use to the Californians. 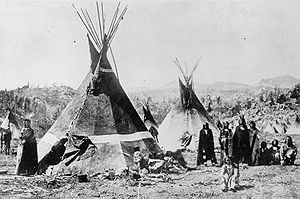 The Great Basin is dominated by the Shoshone tribes, and the affiliate tribes of Numa, Ute, Paiute, and Mono. These groups extend all the way north to Fort Hall and south to the Grand Canyon. In the southeast, migration pressure from the Blackfoot and Arapho have caused groups to move further south into the Texas high plains – where they changed their culture and became the Comanche.

Their communities are small and nomadic. They are secretive about many of their rituals and religion. It is known they practice “Sun Dance” which involves days-long fasting, dancing, music, sweat lodges and ritual tattoos and piercings.

Less than 5000 Indians live in far northern California. The Shasta tribe covers the Siskiyou Mountains and Klamath River up into the southern Oregon Territory. They also live around Mt Shasta (naturally).

Their diet is based primarily around fishing (esp salmon) and hunting (elk, bighorn sheep, mule deer). The large populations of game animals in their homeland lead to many confrontation from other California Natives keen on claiming the prosperous animal populations. During the Autumn plants such as chokecherries and camas roots are harvested.