The Sacramento Valley Railroad was incorporated in 1852 with ambitious plans to build rail service from the docs at Sacramento and servicing the mining camps in Placer, Nevada, Yuba and Butte counties – and westward expansion to San Francisco via ferry service at Alameda. The railway was funded by a variety of northern California businessmen and fronted by Charles Lincoln Wilson as its “founder” and William Sherman as its first president. 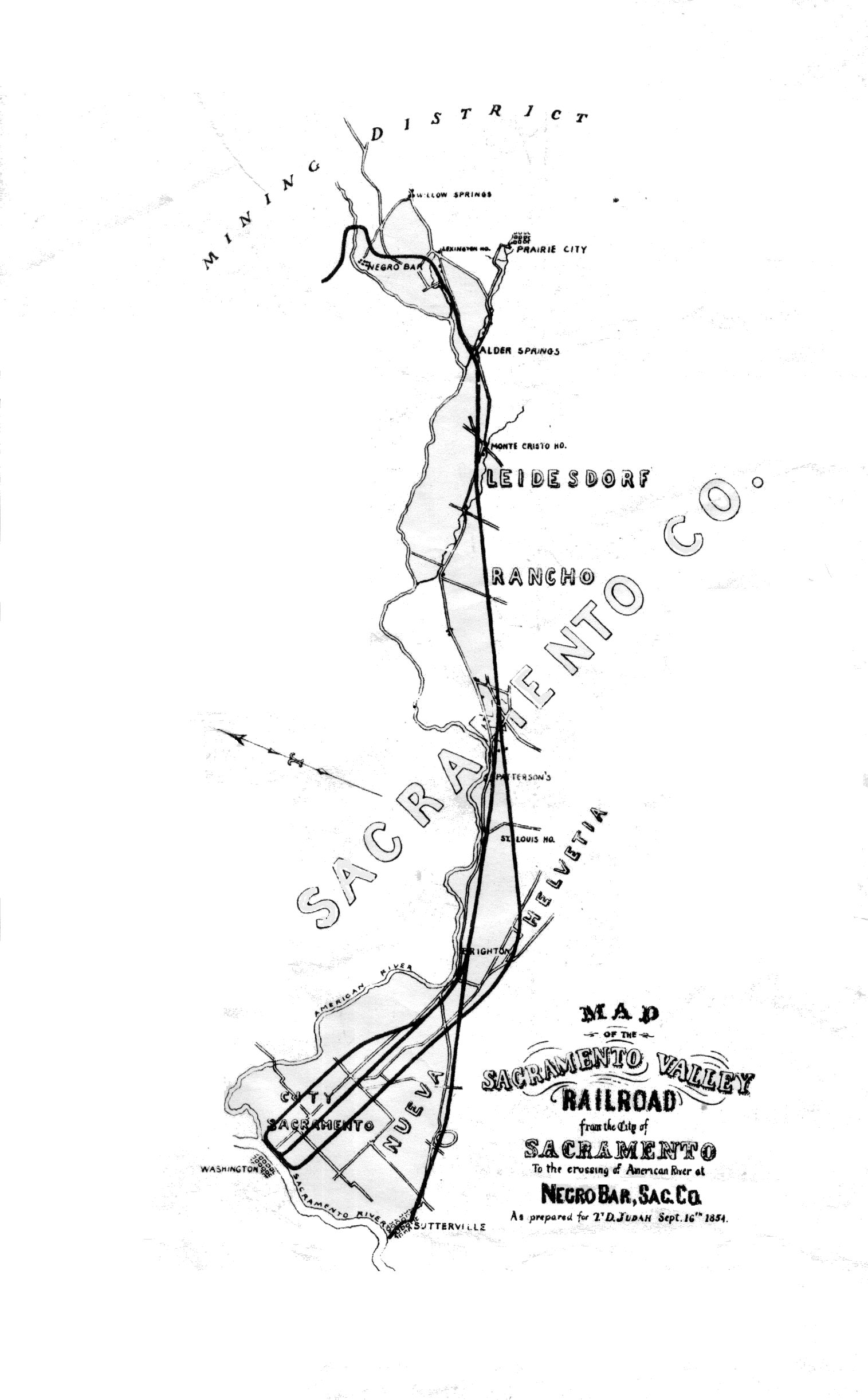 The first part of the railroad was believed to be an easy engineering feat – the largest challenges being trestles over three creeks and a 600-foot embankment near the final approach to Negro Bar (Folsom). But these ambitious plans fell apart. Finding the right company to provide the engines, cars and build the ironworks for the rails seemed nearly impossible and almost finished the project before it even started. Licensing, regulations and right-of-way acquisition delayed the project for much of 1853 and 1854. All together, the railroad had spent more than half a million dollars before the first track was laid.

The original engineering company (Robinson, Seymour and Company) and chief engineer Lester Robinson sued for non-payment in 1855 – but were able to successfully settle, and Wilson narrowly survived a vote of “no confidence” from the board.

Fortunately Wilson had hired a talented and tenacious chief engineer from “back east” – and Theodore Judah was able to finish the final tracks and launch service in February 1856 at a cost of over two million dollars.

What actually happened – or “The butterfly’s wings”

Robinson’s lawsuit resulted in Wilson being forced out of the railroad in 1855. The board appointed C.K. Garrison as its new president with W.T. Sherman becoming VP. Judah stayed on as chief surveyor, and Robinson became chief engineer.

Judah was laid off in 1856 almost immediately after the first train pulled into Folsom. The company had no funding to continue expansion, so had no need of a surveyor and builder. Judah went looking for other investors and continued to develop railroads in the West.

Sherman’s bank failed in the Panic of 1857, and he left California never to return.

The SVRR struggled under its debt load, and failed to achieve its expansion dreams and lasting success. It was eventually swallowed up in the railroad consolidation at the end of the 19th century.

But in RESOLUTE things are developing differently …..

The railroad operates from the Sacramento River levee (at Front and L street) and runs parallel to and south of the American River for 22 miles with local stops at Mayhew Crossing, Mississippi Bar and Folsom (nee Negro Bar) and direct service between Sacramento and Folsom. The line provides daily passenger and mail service with a regular schedule for livestock and bulk freight. Gold trains run irregularly as needed and under armed guard.

The railroad operates three 4-4-0 outside connected wood-burning locomotives built by the New Jersey Locomotive Works (also called the Rogers Locomotive Works) out of Paterson, New Jersey. A daguerreotype of the express (SVR Engine #3, the L.L. Robinson ) with Judah and the engineering crew is shown below. 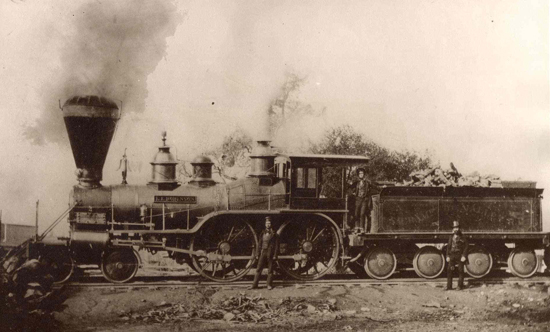 As of spring 1858, the SVR operates three engines with a thrice daily schedule between Sacramento & Folsom.

The railroad has meet with mixed success and been troubled by management problems. But the railroad is up and running and showing an operational profit – though servicing its debt load remains a problem.

There are big questions about the future. Wilson & Judah retain their positions, but now working with a (slightly) different group of investors on the California Central Railroad – which plans to extend service into Placer county by spring of 1859.

The SVRR has already extended service along CCRR right of way to service Ashland Station and obtained the rights to use CCRR track on all the planned routes to Auburn. 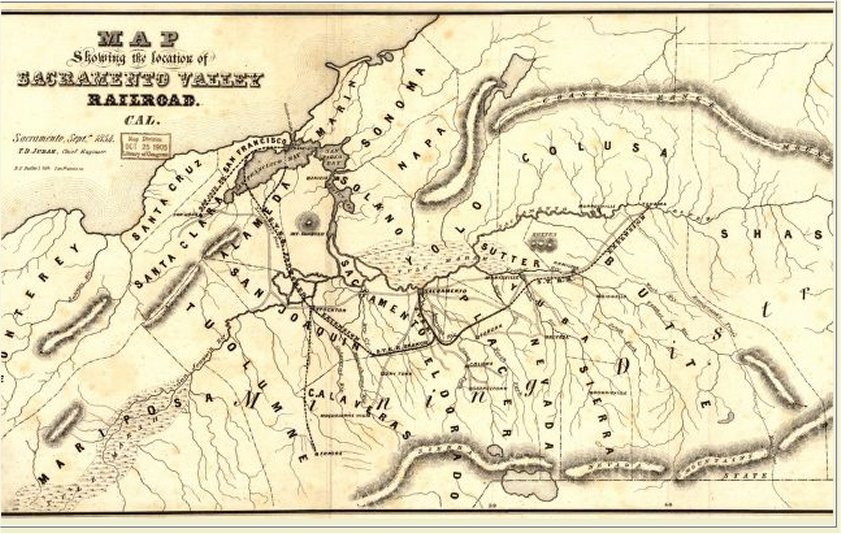 Claims to being “The First Railroad”

Although the railroad claims to be “First West of the Mississippi” that distinction is not quite true. The SVRR was the first incorporated railroad and the first to provide regular passenger service, but the distinction of “first working railroad” belongs to the Arcata & Mad River RR in Humboldt County.

But the confusion should be excused, as this “railroad” is a pittance compared to the SVRR. There is abundant timber along the Mad River – but is too shallow to be navigable for oceangoing vessels. The A&MR is a two-mile track that runs from mills near the mouth of the Mad River to the anchorage in Humboldt Bay at Arcata. The track originally used horse-drawn carts, but has since been replaced by a small steam engine named the Black Diamond.