The San Diego Railroad (SDRR) was incorporated in 1859 to “provide rail service for the communities of San Diego County". San Diego has great port facilities, but lacks enough water, arable land, and timber to grow to a major city – this railroad is considered the best way to make their town competative with the growing communities in Aliso (Los Angeles) and Santa Barbara.

The 1859 mini-game determined that the SDRR was able to obtain funding necessary to begin construction. 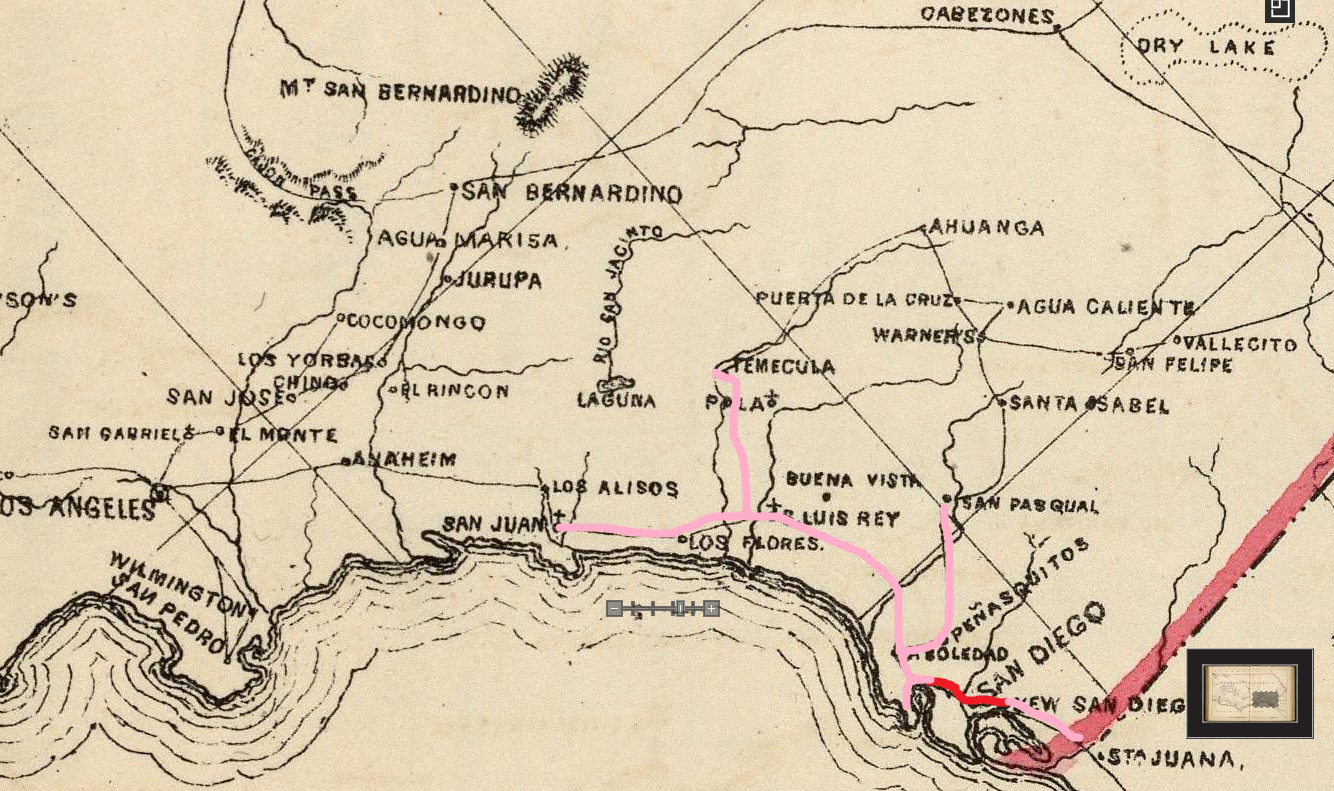 The founders envision a line running along the mission road from San Diego north paralleling the coast (i.e. I-5) as far San Juan Capistrano with spur lines leading to the communities of Temecula and San Pasqual, and a southern extension beyond San Arquello to the border with Tijuana.

But the details are vague – and every investor wants to make sure their ranch is on the line, and every ranchero wants to be an investor. Each mile of track built from favors and horse-trading, not engineering decisions.

The route will include a large number of ravines and grades to be considered along every mile of track. The water crossings themselves are not of significant additional concern with only the San Diego and San Louis Rivers posing challenges.

By the end of 1859, the company has completed the following tracks.

Service is provided for passengers and freight multiple times per day. The line runs a single small engine along these tracks.

These eight miles are the only thing that the investors agreed on.

The SDRR is owned by a consortium of southern California rancheros and businessmen. Cave Couts serves as president.

There is little detail available on the funding. The as-proposed railroad would cost over two million dollars, assuming the engineering and political challenges can be resolved and right-of-way obtained.